The visual and the vital occupy an equally central place in the life of Javier Ballester, Montesol (Barcelona 1952), to the point of merging. His desire to understand what surrounds him crystallizes in his painting. But what is it that surrounds Montesol? What do you want to express in your work? Like so many in the contemporary era, Montesol has had a transhumant experience: he has had several lives largely linked to the experience of different places. In his case, the question has gone beyond successively adapting to more or less differentiated local languages ​​or traditions. The different "lives" of Montesol, as manifested by his artistic production, have been determined by the historical, cultural or social circumstances that have framed the cities in which he has shared his existence. 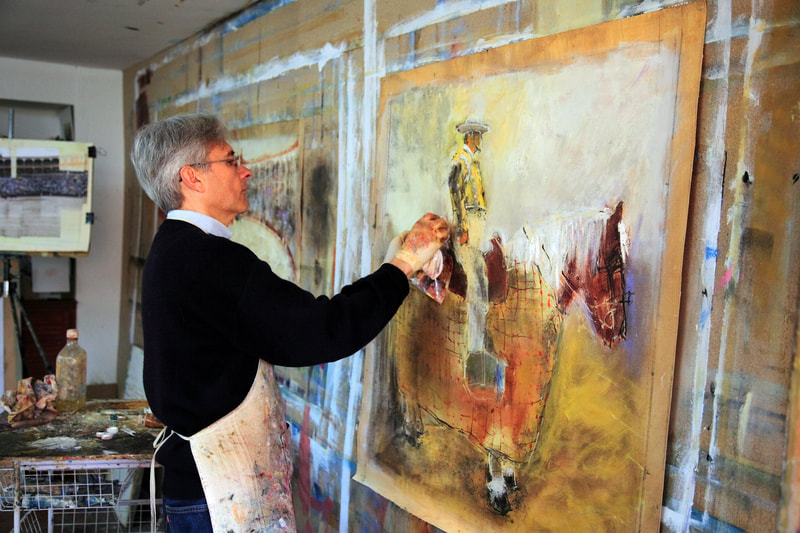 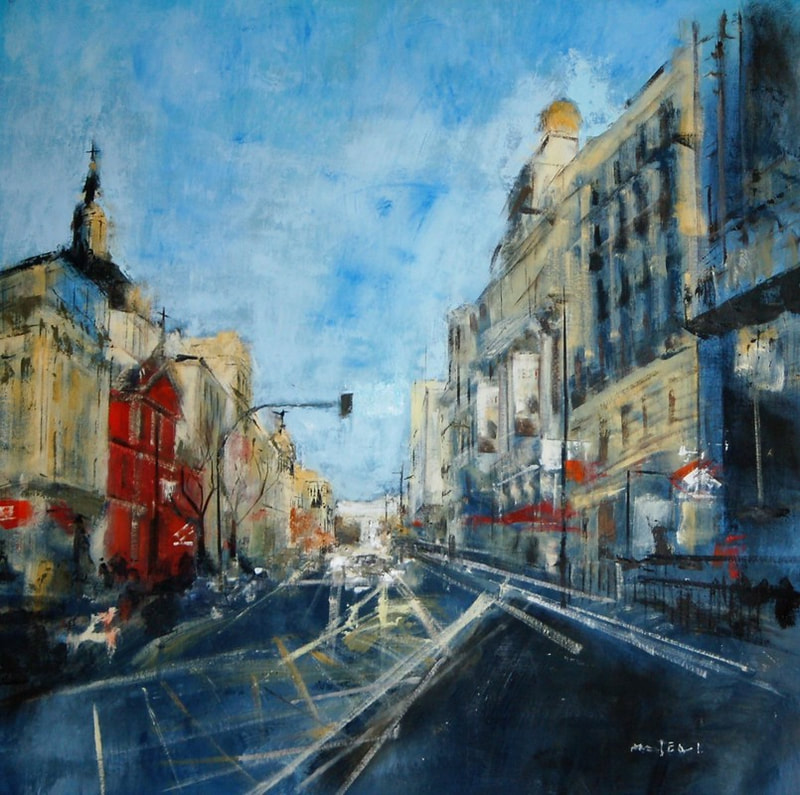 It is not strange that in the imaginary of Montesol, Barcelona and Madrid are different universes. The difference goes far beyond the purely biographical, an aspect that we could summarize by saying that Barcelona identifies with its childhood, adolescence and youth, and Madrid with its maturity. Montesol has lived in two large Spanish cities in phases in which these adopted very different meanings: on the one hand, Barcelona was the city that, in the fifties and sixties, passed from the dark darkness described by Carmen Laforet in her novel Nada a transformarse , with the welcome of numerous emigrants from other areas of the Spanish geography, to be the Barcelona described by Marsé in Late Afternoons with Teresa, and that in the seventies and eighties is the vibrant, bustling big city that is preparing to leave behind the Franco and enter the first transition, with an editorial and artistic life in full bloom and a vigorous underground culture increasingly marginal. On the other hand its Madrid, in whose metropolitan area it lives since 1999, is the capital of the first decades of the 21st century, a time when the democratic institutions established in the seventies have ceased to be perceived as a conquest to be understood as part of the landscape, and in which culture, often understood from the perspective of power as an activity aimed at a mass audience, occupies a very different place from that occupied in the daily life of the city. 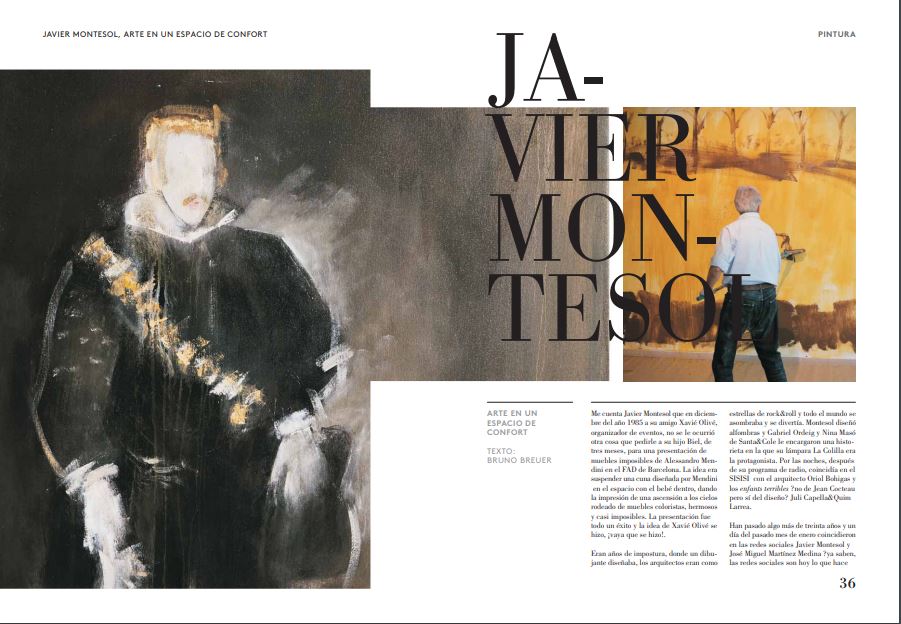 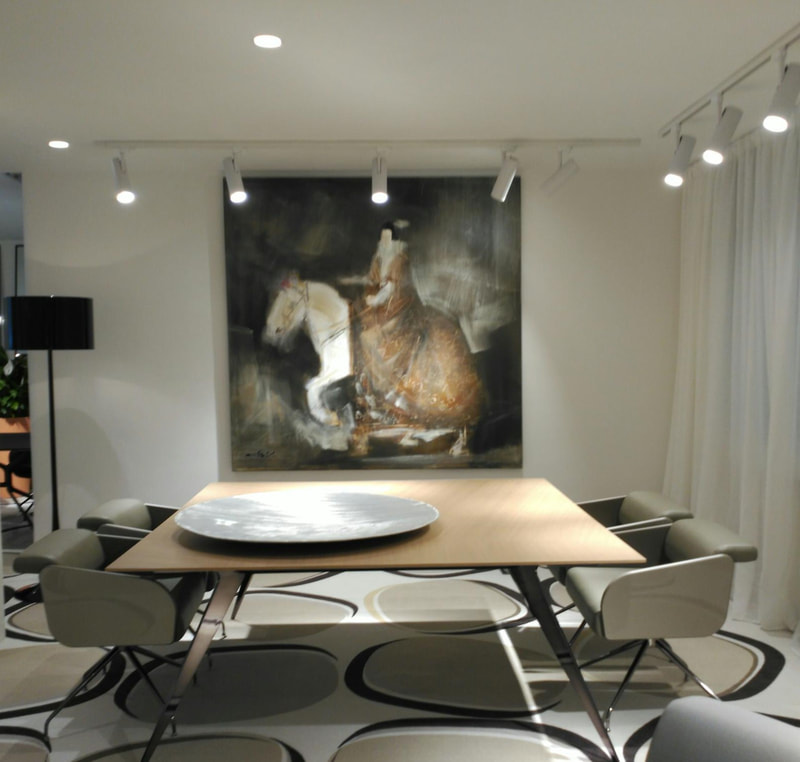 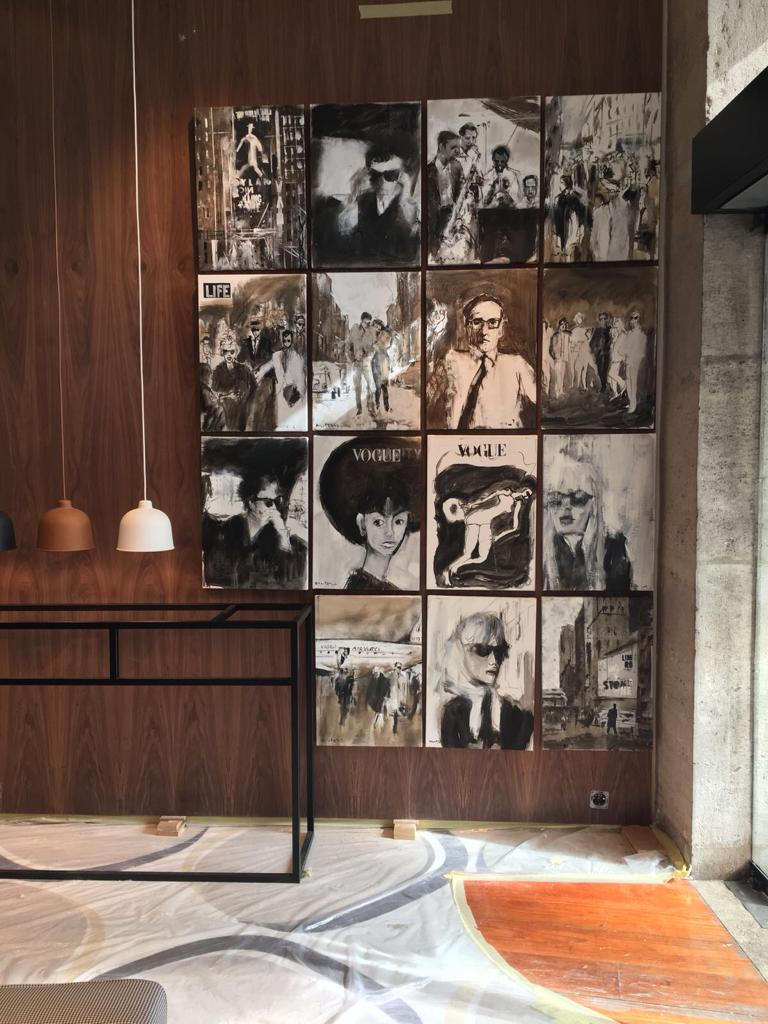 Accustomed to narrating visually thanks to his long experience as a comic artist, Montesol describes in his paintings to Barcelona and Madrid as two different universes, two ways of understanding the relationship with life in the urban setting. It is true that between both spaces we have to place another very different geographical and vital experience: the French Brittany (or more precisely the city of Vigneux, where Montesol was inatala in 1992 with his family) that acts as a kind of paradise lost among the two large Spanish cities. Well to be understood in some way as a space for spiritual retreat, a private space, or for not having been the subject of paintings of the same type as the two Spanish cities, the French city was never in the script of the vital and visual narrative to the that we can peek into this show. 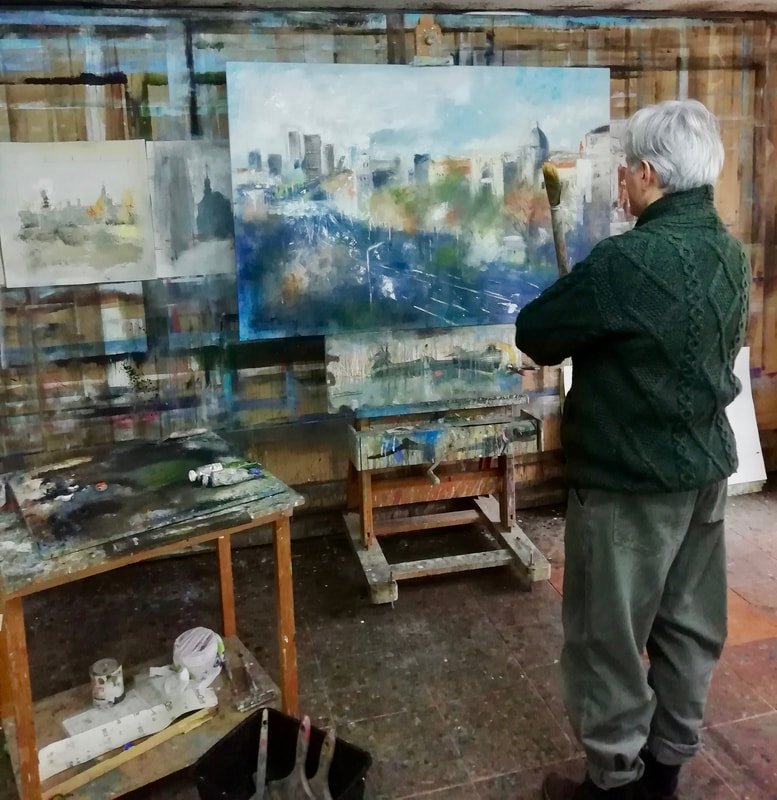 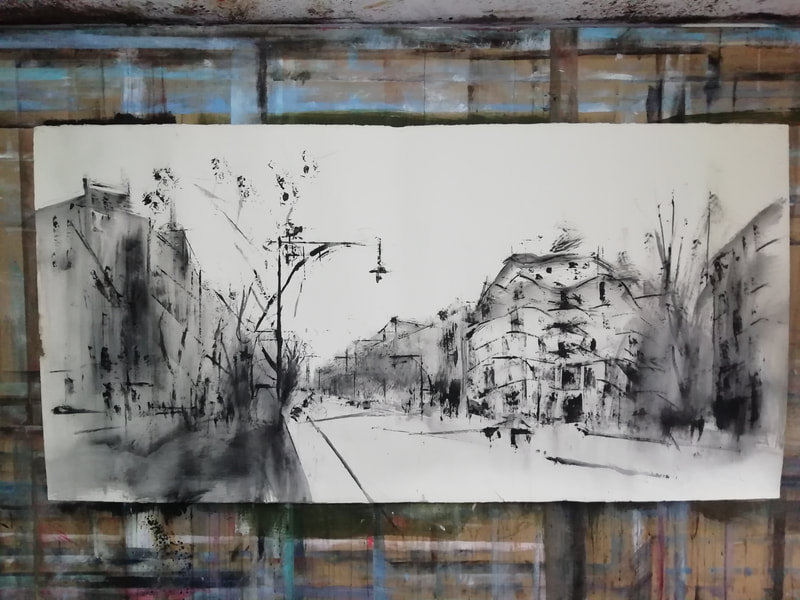 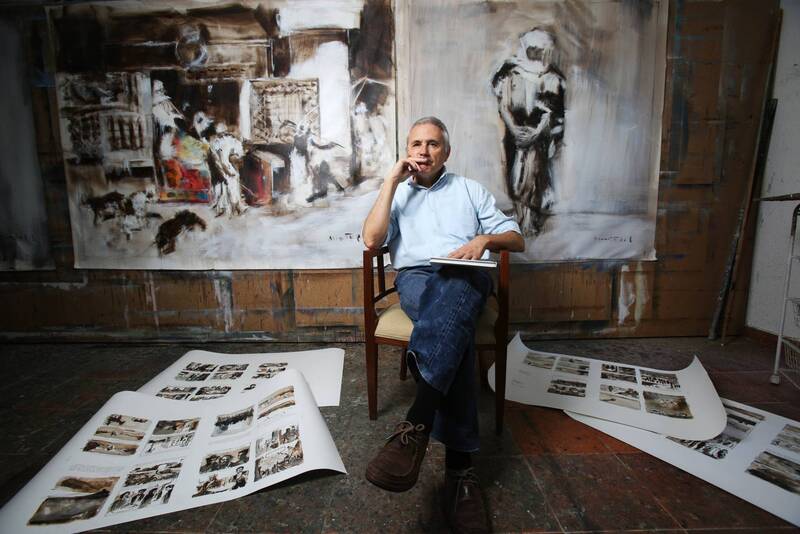 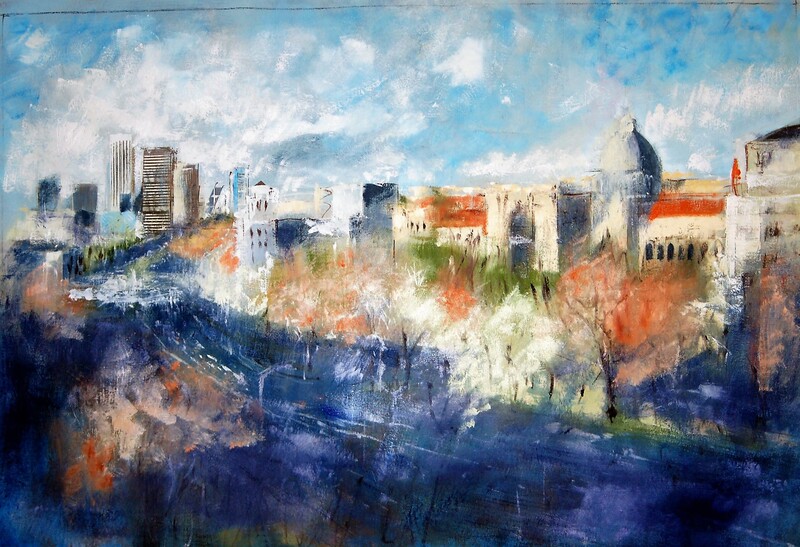 In the Barcelona of the seventies Montesol was part of the underground movements that characterized much of the cultural life of the city. He participated in the founding of one of the first Spanish underground comics magazines, Star, and in the eighties, as a member of the collective "El Rollo enmascarado", he collaborated in magazines such as Víbora, Cairo and Makoki. He also collaborates with Radio Juventud, with El show Montesol and Onliyú, and published comic books such as Vidas Ejemplares, Neo and Post and La Noche de Siempre, the latter with a script by Ramón de España. At the end of the eighties a concrete event seems to mark a turning point, the end of one stage and the beginning of another: contact with the contemporary art dealer Jean Pierre Guillemot pushes him to concentrate his work on painting and begins to exhibit in galleries regularly. Everything indicated that the countercultural era was coming to an end, not only in the life of Montesol. 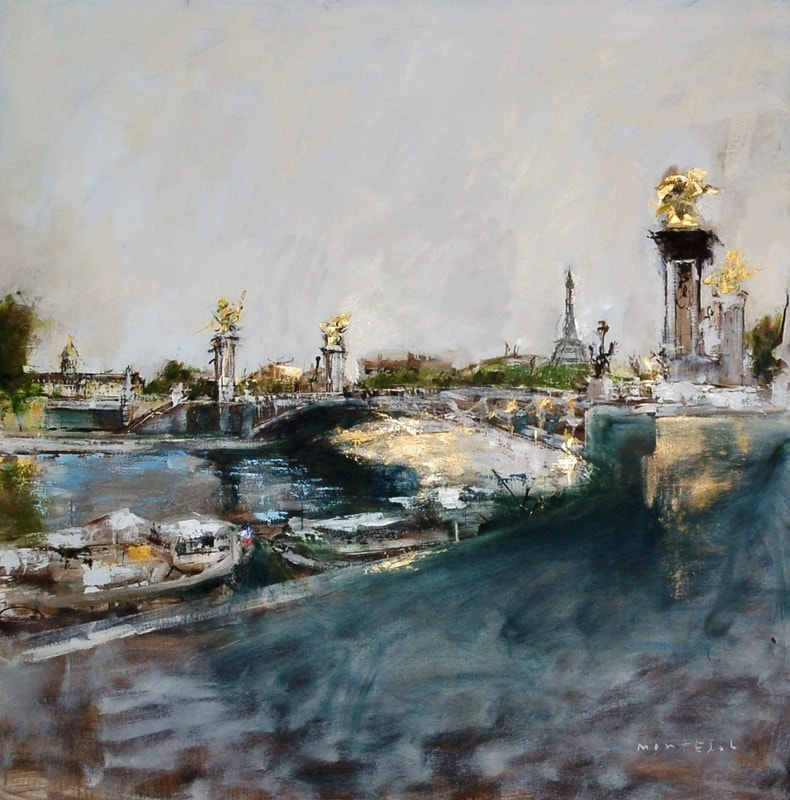 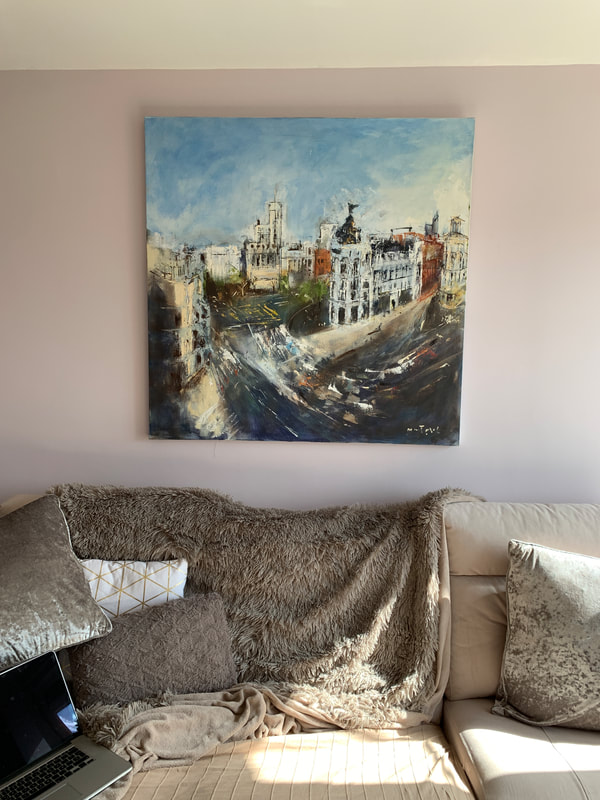 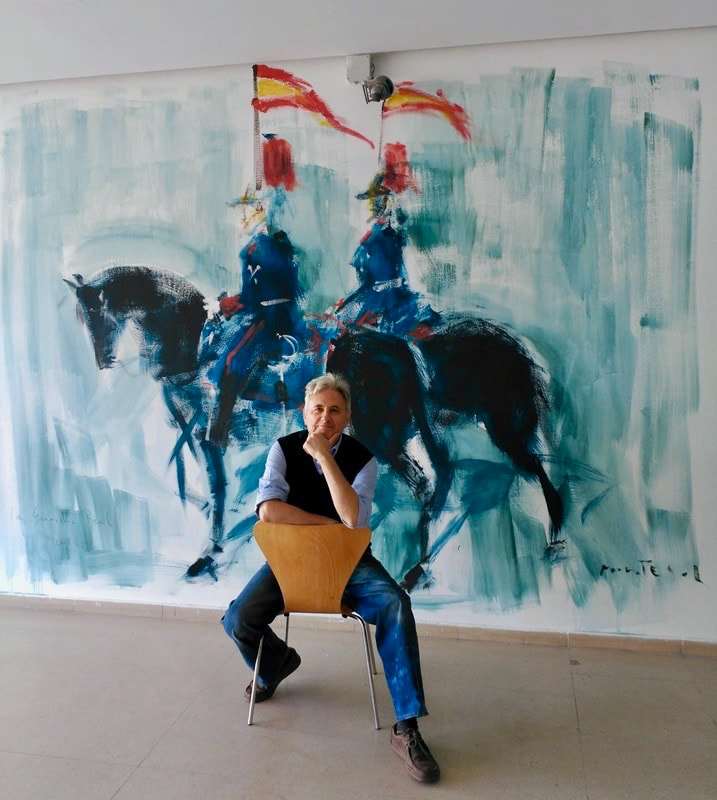 However the cycle that seemed to close then remained, somehow, always ajar for Montesol. In 2011, after thirty years, he took up the comic with the graphic novel Speak Low (published by Ediciones Sinsentido in 2012). He conceives and realizes it when he has been fully settled in Madrid for years and has given himself mainly to painting. As if he recounted the lives of several family generations, and also of his own, in this graphic novel Montesol recapitulates perhaps mixing experiences and fictions, realities and dreams - rather nightmares - and does so from the present and with nostalgia I would even say that with an infinite sadness. It is not strange that, in Speak Low, Barcelona and Madrid appear as places of reference, and I can even see the French experience, but everything is contemplated in the haze of the evocation of distant and largely painful memories. 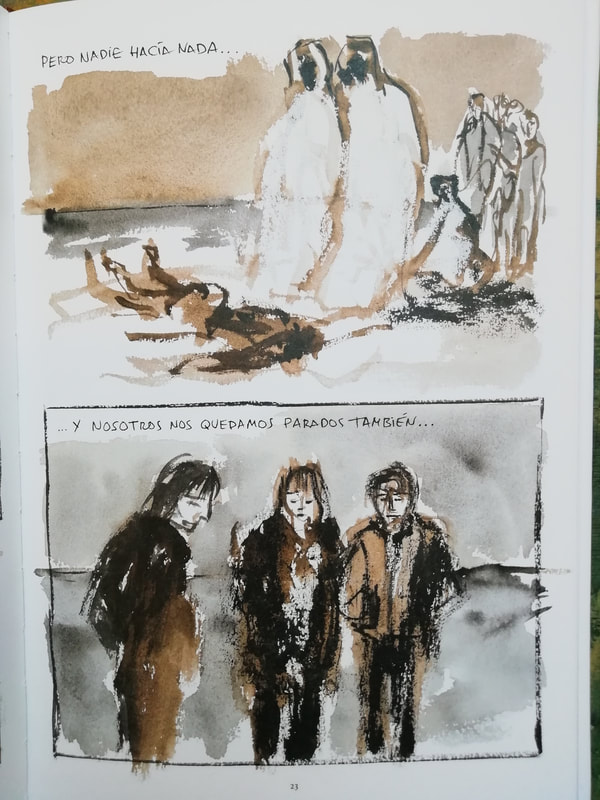 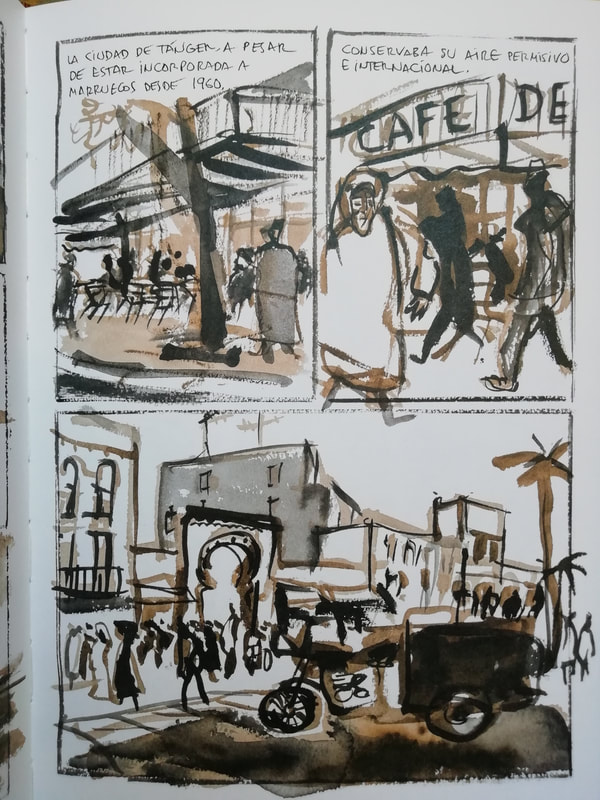 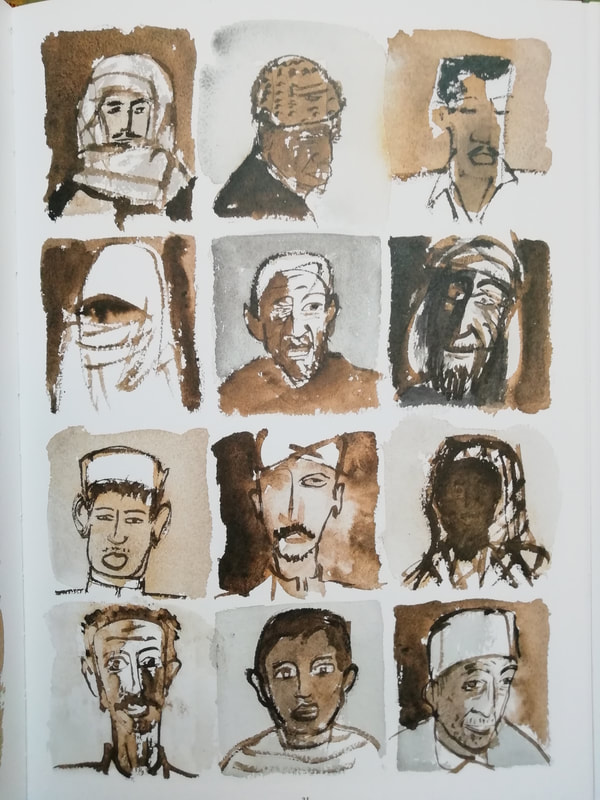 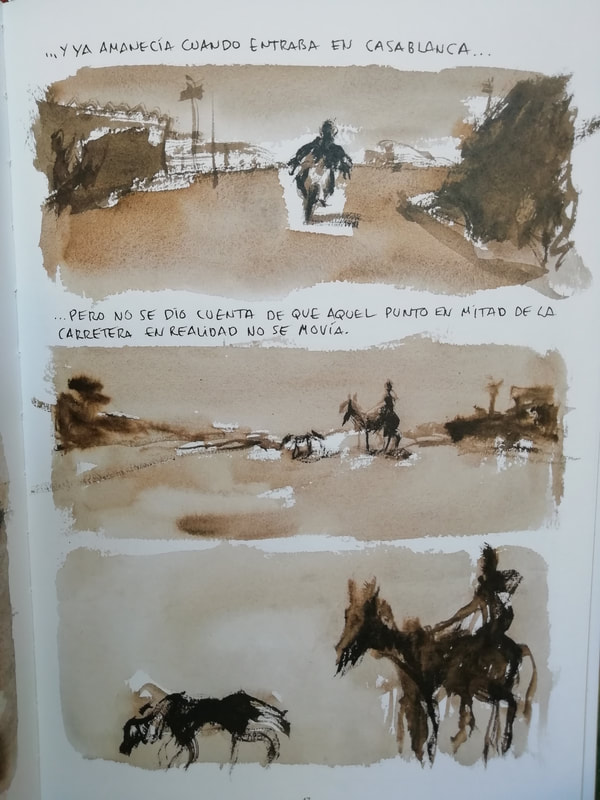 The return to the comic Javier Montesol at the height of 2011-2012 does not seem casual. Returning to the plastic space in which he had started indicated, perhaps, a desire to measure his own strength and take stock of his own journey at the height of sixty years. But in the meantime too many things had changed to return to the origin without further ado. The cartoonist Montesol was no longer the same as before: he had been trained, as he himself has explained repeatedly, in the French-speaking culture. Jacques Tati's films and Hergé's comics - both of impeccable neatness - were important references in his visual and sentimental learning, and this was seen in his youthful work. But it has needed to deny them in some way, or at least get away from them to take perspective and affirm their own personality acquired along a long and vital trajectory: in front of the clear line of Tintin's vignettes, Montesol proposes a Speck Low gestural, voluntarily dirty and pictorial, that prefers the expressive to the descriptive character. Something similar happens in the images of Barcelona and Madrid on canvas that we see in this exhibition, whether in large or small format, paintings or notes. Being almost always recognizable to those who know both cities, the places of Madrid and Barcelona selected by the artist appear sifted by the prominence acquired by the stain, the texture, and the quick stroke. These are imposed on the contour line and the surface of solid color and precise limits, as opposed to the clear line on which their initial sensitivity had been formed. In fact, nothing in these paintings is neutral: everything appears loaded with sensations, even emotions. The Barcelona that appears in the paintings that can be seen in this exhibition is not the noisy counter-cultural scene experienced in the first person by Montesol, but the city in which that space has become over the years: it is the current but literary Barcelona, dreamed in the distance, almost ghostly. A city in black and white. Madrid, on the other hand, full of color, is recognized rather as a place of intersection, a set of architectures, streets and emblematic, historical or recent squares, which function as anonymous enclaves, often impersonal despite being full of people , where those who always lived there like those who, like Montesol, settled in some more recent moment of history are mixed. 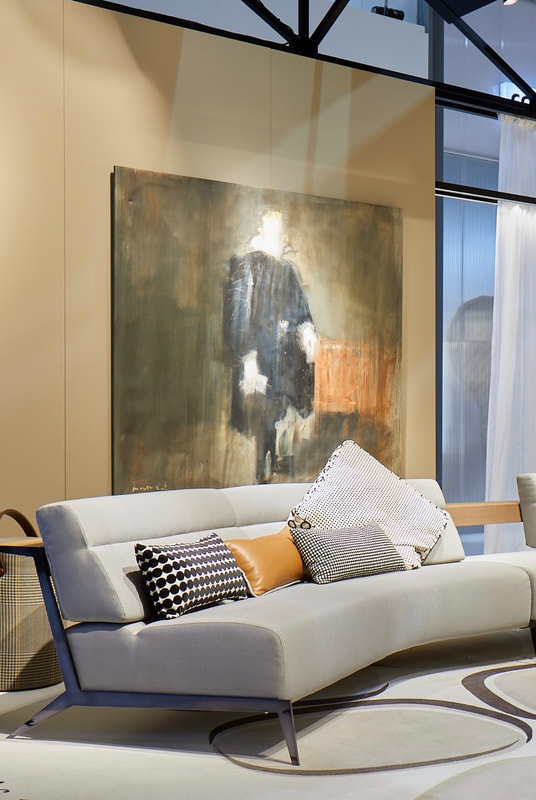 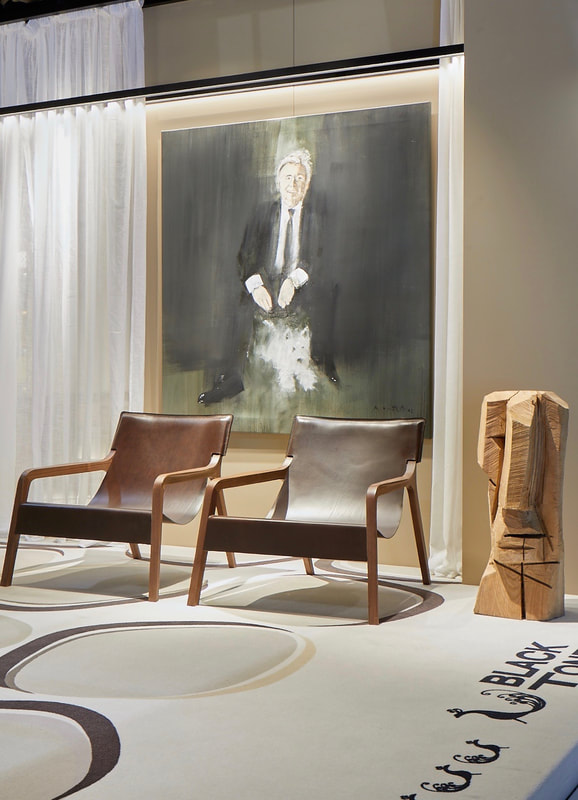 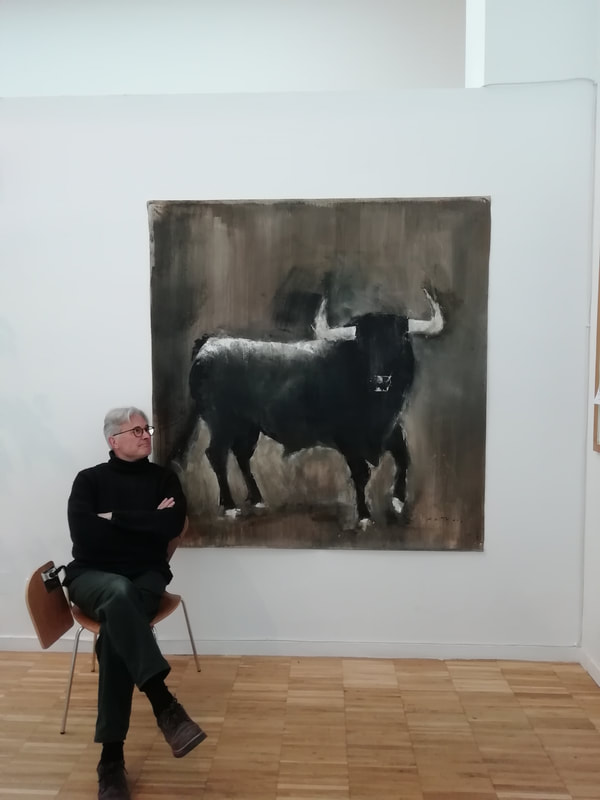 The paintings that Montesol offers are not mere visual transcriptions of urban spaces but something different, something in which painting and life experience merge. Hopefully Montesol's painting will help the life experience of ALS patients. Hopefully, the contemplation of these images will contribute to the impulse of the research on this disease and to improve, on a daily and continuous basis, the vital experience of their patients.